With another year coming to a close, we take a look back over a memorable twelve months for the Club’s official charity, the Community Sports Foundation.

From new programmes, individual achievers to big fundraisers, we’ve picked out just a few of the stories and events that made up the year:

Wymondham High Academy represent the Club at the Premier League Enterprise Challenge heats at Molineux stadium in Wolverhampton.  The challenge set to them is to develop a business idea that would help attract and engage young fans for the club.

Their proposal – to use a range of Virtual Reality experiences around the club via an app – is well received!

Half-term sees our disability teams enjoy a residential at The Nest with their counterparts from Watford FC Community Sports & Education Trust.  Both teams bond over a number of fixtures, training sessions and the chance to watch the Canaries in action at Carrow Road.

Two young deserving Canary fans are given a day to remember at the Lotus Training Centre as part of the Foundation latest’s Wish Day.  Both Harry (age 2) and Callum (age 12) meet players and staff, including Daniel Farke, and receive a number of goodies and a Canaries home shirt.

Golf in the dark works – who knew?! With a little help from some hi-tech LED lighting, we host our first ever Night Golf event. Fifteen teams raise an impressive £4,000 for the #BuildTheNest campaign.

Two hours of adrenaline-fueled racing around the tight and twisty Ellough Speedway circuit in Beccles at our Go-Kart endurance race helps raise a further £3,000. 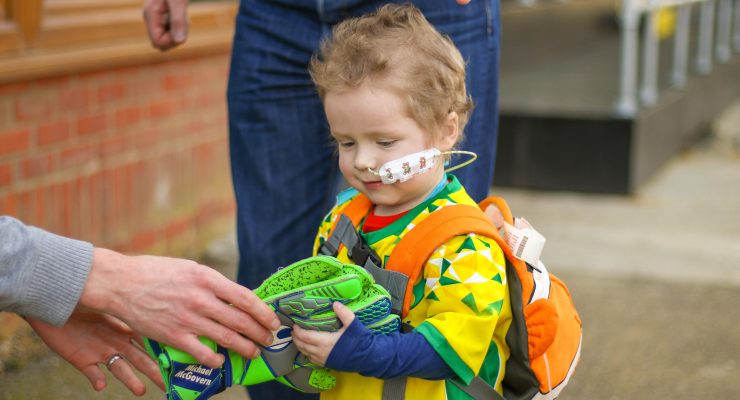 We launch a new running group with a mental-wellbeing focus, as part of a legacy programme from our Run Norwich event. ‘Run For Me’ supports its participants mental health through free weekly coaching sessions.

The work of the Foundation in the community is celebrated at the Club’s Championship fixture against QPR. Close to £50,000 is raised from a ground-collection, a percentage of casual ticket and programme sales, and donations from the 25-man playing squad.

Suitcases are packed, busses filled and goodbyes waved as 193 boys and girls from our football development programmes go on tour. Older groups enjoy a five-day tour in Holland, with younger age groups heading to the North-East.

Sampling the facilities at The Nest are a 60-strong tour group from Thailand. Our first international visitors at the site, they use it as their base for two weeks as they explore Norfolk, learn English and, of course, experience a ground tour of Carrow Road!

CSF Canaries record their highest ever league finish in four years in the Thurlow Nunn U18 league. Finishing second, the CSF Canaries are selected from the Elite Player Development Centre (EPDC), and as U16s, compete against teams two age groups their senior.

The Whitsun half-term sees more tours for the boys and girls on our football development programmes. They experience the delights of Bournemouth and the South Coast, enjoying fixtures against Ipswich Town, Portsmouth and AFC Bournemouth.

Crossing the width of the country over three days, are our Hadrian’s Wall Challengers. Despite conditions that included strong winds and hail, the team of 13 complete all 85-miles of the historic route, raising over £7,000 for the Foundation. 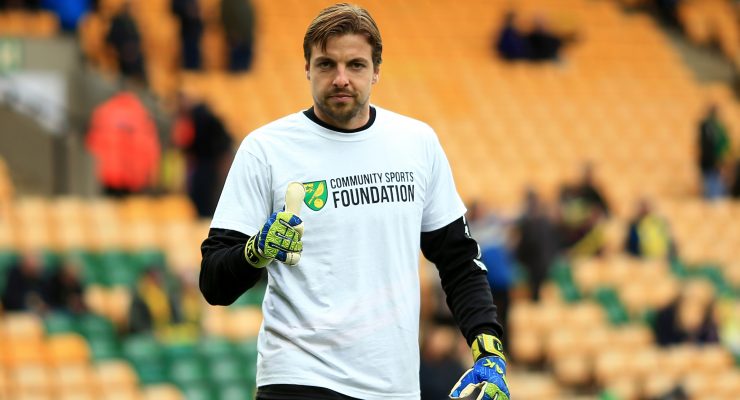 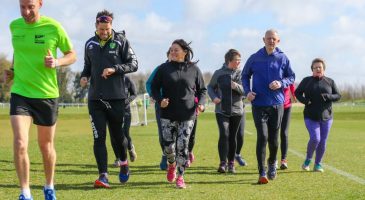 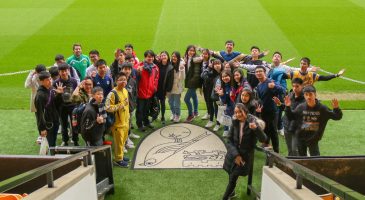 June is Coastal Challenge time! This year, close to 150 fundraisers trek the 47-mile Hunstanton to Cromer route for the charity. The largest turnout the event has seen since it started in 2011, their 24-hour efforts raise over £25,000.

Current England youth internationals Aimee Palmer and Blue Wilson, who were once both part of the Foundation’s girls development programmes, take time out of their schedule to visit current participants at a session at Open Academy.

Twelve different clubs from across the country join CSF at The Nest for a pan-disability tournament. The competition featured the likes of Manchester City (City in the Community), the Chelsea FC Foundation, Arsenal Community and eventual winners Middlesbrough FC Foundation, among others.

The twentieth edition of the Summer Cup tournament, notable for being the first one played at The Nest, is held over two weekends and welcomes over 180 grassroot teams and 1,750 players from across East Anglia.

On the city centre streets of Norwich, tens of thousands of spectators cheer on a record 6,199 runners at our Run Norwich 10k event. Fundraisers running for #TeamCSF raise an additional £60,000 for the charity.

We host our first ever ‘FC Live’ event in July – a new series of interactive football coaching workshops. Over hundred coaches from grassroots clubs hear from special guest Canaries sporting director Stuart Webber, before a workshop led by coaches from the Club and the Foundation.

Ten sky-jumpers take to the skies for an adrenaline-fuelled fundraiser – among them ex-Canaries Simon Lappin, Adam Drury and Ryan Jarvis – while 22 hardy fundraisers raise over £5,000 scaling the highest mountains in Scotland, England and Wales as part of our Three Peaks Challenge.

Around 650 15-17 year olds take part in the summer programme of CSF’s National Citizen Service, and aside from friendships made, self-esteem raised and CVs boosted, they make a big difference in the local community through their social action projects.

Some of the fruits of their labour are there for all to see – a renovated youth shelter in Fitzmaurice Park, being one; while others leave their mark in other ways: care home residents treated to a day at a wildlife park, or thousands raised for local charities through cake bakes and talent shows. 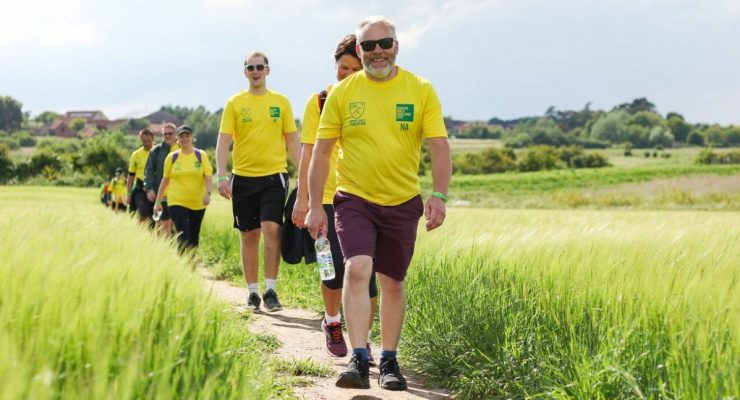 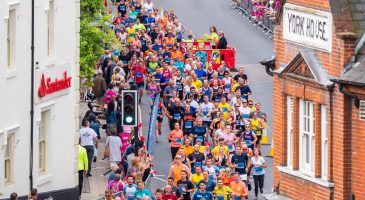 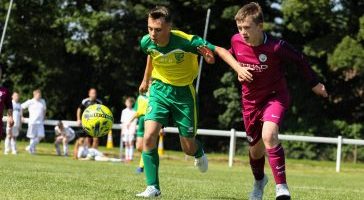 The Canaries’ thrilling victory over Manchester City aside, there is another moment for young Ollie Elvin to treasure at Carrow Road. The nine-year-old, who defied leukaemia to raise money for our #BuildTheNest campaign, has the honour of bringing out the match ball prior to kick-off as the game’s Community Hero.

Twenty three teams of four tee it up at Great Yarmouth & Caister Golf Club for our annual golf day. The links course, Norfolk’s oldest, is a new setting for the event, with host Bryan Gunn being joined by fellow former Canaries including Grant Holt, Jeremy Goss and Rob Newman.

Norwich City FC and the Foundation launch a four-month campaign to raise £1 million for The Nest. The target total would enable the second phase of building works to commence.

The campaign is highlighted at the home Premier League fixture with Manchester United where the team wear the #BuildThe Nest hashtag on their shirts, thanks to space donated by the Club’s Principal Club Partner Dafabet.

Destination…Europe! Seventeen cars complete an epic 2200-mile journey on the Continent, calling in at the three venues that Norwich City visited during their 1993 UEFA Cup run: Arnhem, Munich and Milan. The event, led by Credo Asset Finance, raises over £60,000 for the Build The Nest campaign.

An event to celebrate the commitment from the Premier League to fund our Kicks programme for another three years is held at Ormiston Venture Academy in Great Yarmouth. 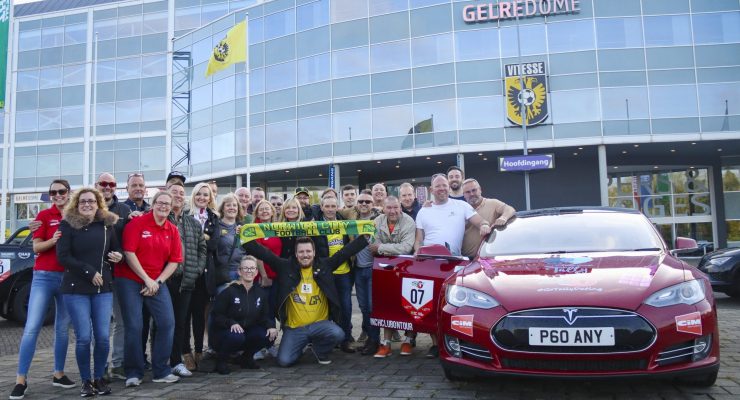 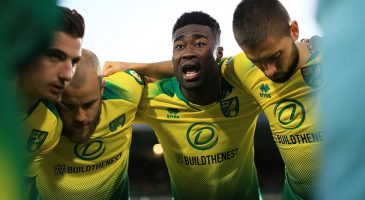 The ninth On the Buzzer, City! Quiz sees 39 teams competing for quiz glory at Carrow Road, while our first ever comedy night is held at The Nest. Both events raise a total of £4,600.

Over a full-cooked breakfast, representatives from businesses across Norwich and Norfolk converge for the Foundation’s annual business breakfast at The Nest – Timm Klose is one of the guest speakers.

Two deserving groups from the Community Sports Foundation experience all the home comforts of The Nest over a weekend. Adults from the Foundation’s disability programme and the Street Life Soccer programme enjoy a one-night stay at our 22-acre community hub in Horsford. The Summer Cup returned in glorious fashion, as over 60 teams and around 500 players joined us for two days of footballing festivities held at The Nest. 2022 marks the twenty-first edition of the Summer Cup tournament, and the second to be held at The Nest