The links course, Norfolk’s oldest, was a new setting for the event, which has raised thousands for the Foundation since it began in 2013.

As well as the new backdrop, this year there was also a change of host with former Norwich City FC shot-stopper Bryan Gunn filling in for usual host Dean Ashton, who was unable to attend this year.

Joining the former City custodian on the fairways were a number of fellow former Canaries including Grant Holt, Adam Drury, Jeremy Goss and Rob Newman.

With the tournament keeping the familiar Texas Scramble format, the impetus was on teamwork, with every individual contributing to their team’s final score. 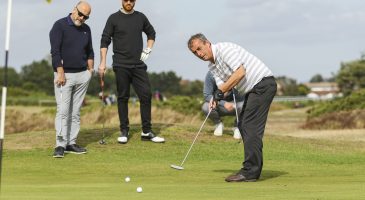 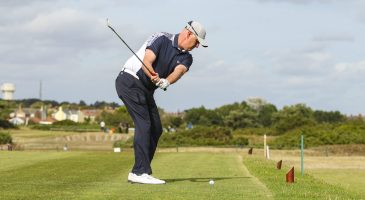 It was Team ‘GD Score’, the suppliers of the day’s electronic scoring system, who took the first place spot shooting an impressive 51.8, despite the sporadic showers and swirling winds.  They were followed by Lambert’s Legends and The Happy Hookers on 54.5 and 56.2 respectively.

Longest Drive, Putting, and Beat the Pro Challenges gave golfers the chance to compete for extra prizes, while a half-way house, stocked with refreshments and kindly donated ale from Woodforde’s Brewery, helped boost funds raised from the day.

Following the round, the teams enjoyed a buffet dinner in the clubhouse, and an auction and raffle hosted by Bryan Gunn.

There, Gunn spoke of his relationship with the Foundation from his playing days, the support they gave his son Angus, as well as their continued impact across Norfolk.

With over £8,000 raised from the event and counting, CSF Senior Fundraising & Events Manager Emma Fletcher was delighted with the total raised:

“Despite the hit-and-miss weather, I think everyone who attended had a fantastic time. Bryan was a super host, and the venue was first-class.

“We’ve raised a terrific amount, all of which will go to supporting our #BuildTheNest campaign.” 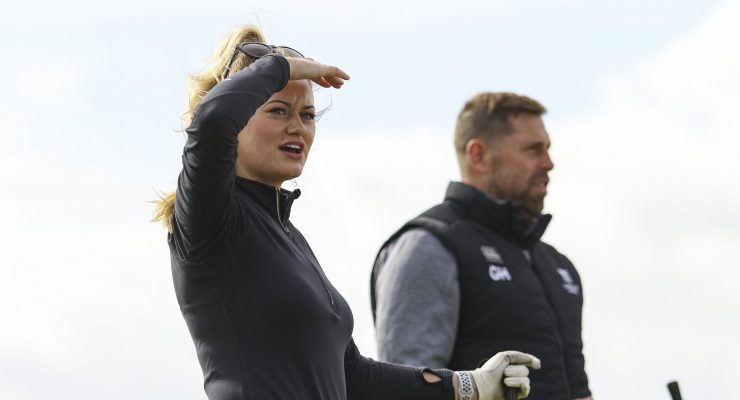 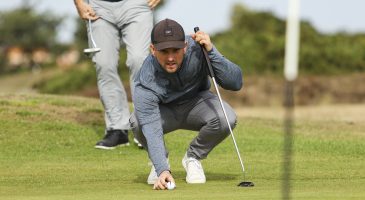 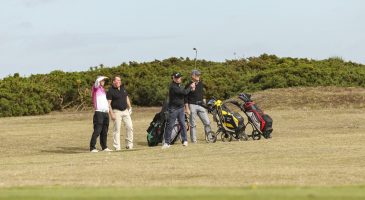 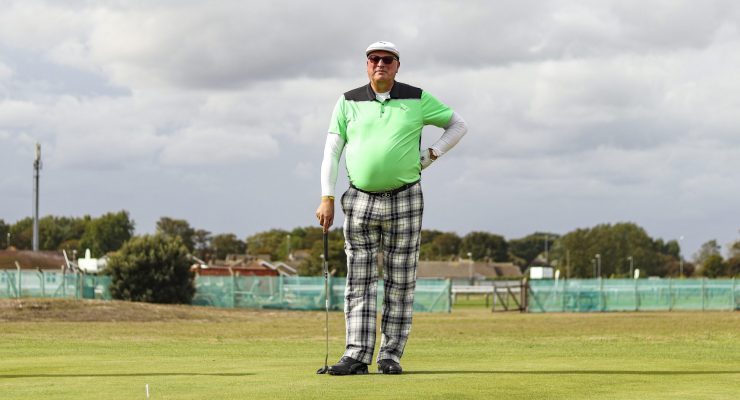 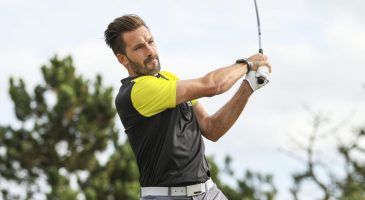 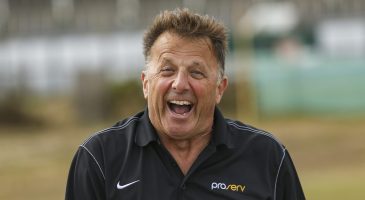 "Everyone who attended had a fantastic time. Bryan was a super host, and the venue was first-class" 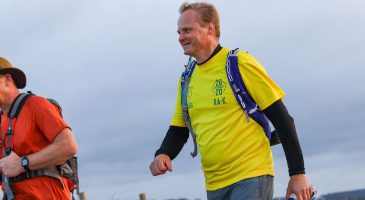