Supporting schools in a difficult climate

How has the Foundation’s Schools department, which usually works with over 6,000 students a week, been able to continue to support their schools and students over this challenging period?

We caught up with Asa Saunders, the Community Sports Foundation’s Schools Programme Manager, to hear how the department has adapted to deal with the crisis.

“The days building up to lockdown were a blur of calls and queries from our schools, as sessions, workshops and classes were either given the go-ahead, cancelled or tweaked in some degree,” says Asa. “It was crazy. We had a residential ongoing with a school group at The Nest [The Foundation’s community hub in North Norwich], that we had to cut short half-way through, because of the developing situation.”

During a typical week, the Foundation deliver 120 group sessions a week in 85 schools, so it was a fairly sizeable operational and logistical task.

When schools finally closed doors to most pupils on 20th March, Asa and his team’s first priority was making sure staff at the schools were okay.

“We have a duty of care with the schools we work with. We’ve worked with staff at these schools for many years and built up strong personal relationships with them. We wanted to be there for them, in case there was anything we could support with – even if it was out of our usual remit. 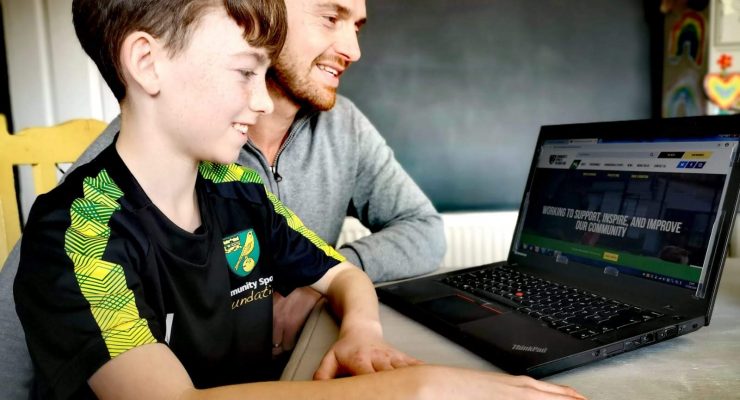 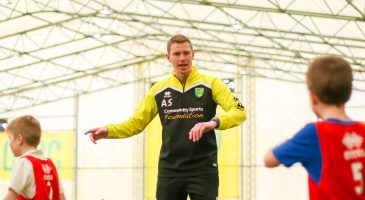 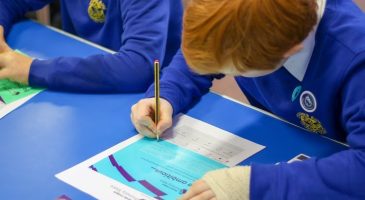 After that initial period, Asa says the team became an advisory support tool, as schools started to piece together what they could and couldn’t do.

“A lot of schools turned to us and said we need your support more than ever. We asked ourselves what can we do, and what resources could we provide? We had to be flexible, resourceful and use initiative.”

For the children of key workers still attending schools, virtual P.E. lessons were produced. This meant the children got to take part in a lesson as delivered (virtually) by their favourite coach.

When schools stayed open for these children during the Easter and Whitsun holidays, the Foundation created a direct phone hotline.

“The idea was that if school staff wanted advice or ideas for some fun sessions or games, they could just pick up the phone to us.”

The Foundation made the decision to make its resources freely available to every school, even with those that don’t work with the charity. A new app which housed a lot of this content, for example, was sent to schools, and then forwarded to parents, so all could access the material.

At home, a Premier League resource has been an invaluable tool for many parents home-schooling. The Primary Stars programme, usually delivered by the Foundation in schools, uses the power of both the Premier League and Norwich City FC brands to inspire and engage students. Under lockdown, the Premier League made many of these resources freely accessible to parents, too.

“Primary Stars has taken off at a new angle.  It’s shown families how exercise can be cross-curricular, fun for all, and can help improve numeracy and literacy skills,” continues Asa. “With the Premier League as the main study topic, it’s so powerful at engaging pupils that might struggle to engage otherwise.”

Another Premier League programme, usually delivered by the Foundation in primary schools, has been utilised well over lockdown. The Inspires programme has asked young pupils to undertake a social action project based around the theme of being more environmentally friendly and using less plastic.

Other ideas and tools have been developed following dialogue with schools.

One of these is a new Virtual Sports Day app, which will allow schools and students to replace the traditional Sports Days that have been cancelled across the summer. It’ll be offered to all schools for free and will launch next month.

It’s not just the younger age groups that have continued to feel the positive affect of these programmes during lockdown, however.

Positive Futures: Protect is run by the Foundation in local high schools in partnership with the Premier League, Norfolk County Council, the Professional Footballer’s Association and the Office of the Police and Crime Commissioner for Norfolk.

The intervention – which is free for schools – look to protect young people against a number of growing issues in today’s society, such as knife crime, drug abuse and exploitation. By continuing the sessions online, the Foundation has been able to deliver the course to around 40 at-risk students throughout the lockdown period.

The sister programme to Protect is the Prepare strand, which is set to take on a heightened role when schools return. The programme supports Year 10s with their mental wellbeing. Many in that age group will have missed large chunks of school-time ahead of approaching GCSEs. The initiative helps develop skills and positive relationships, and methods to cope with stress and anxiety.

Recently, with schools being given a green light of sorts to re-open by the government, headteachers and school advisory boards have had some difficult decisions to make.

“It’s a complex situation,” says Asa. “Some schools have asked us to come in and deliver as soon as possible, while others are not sure whether they’ll be able to welcome in external staff in September.”

“It’s important that we are ready for the schools, in whatever capacity they need us.”

Asa feels that the experience has served to re-evaluate how many see the Foundation’s Schools department.

“Before, they may have just seen us a provider of physical education and school sport. But, now, many have seen us for what we are: cross-curricular, with a pathway of programmes from primary school through to high school.”

Asa concludes: “When the ‘new normal’ comes back in September, physical activity, mental wellbeing, and support for each other is going to be more important than ever before in schools.

To find out more about the various programmes that the Schools department offers, click here, or email [email protected].

"We asked ourselves what can we do, and what resources could we provide? We had to be flexible, resourceful and use initiative." 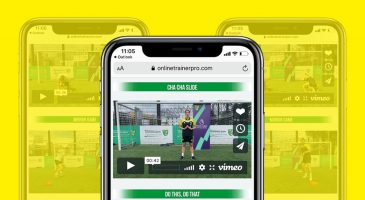 Supporting schools in a difficult climate 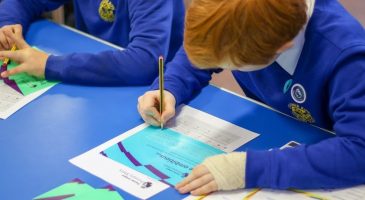 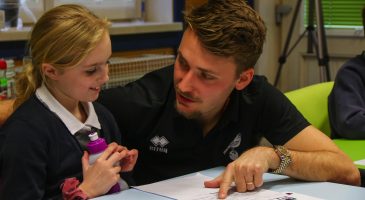