The Foundation’s Premier League Primary Stars Officer Jake Mardell reveals the impact the programme is having on one local school:

“Thanks to Premier League funding, we have been able to grow and develop our Premier League Primary Stars programme to connect with over 100 local schools each year in Norfolk. This has ranged for working with teachers to improve their teaching and understanding of PE to delivering sport-based PSHE workshops to increase confidence and raise aspirations in pupils.

As well as this, we have delivered 40 maths sessions in schools this year aimed at KS2 pupils. The cohorts were selected by schools and pupils were given the opportunity to join the ‘Matchday Maths’ squad. The aim of these sessions was to increase pupil attainment and confidence in maths.

One school, Old Catton Junior, particularly benefitted from the Premier League Primary Stars programme, with a positive impact on both teachers and pupils…

The sessions on a Tuesday afternoon were led by the Foundation and used real life scenarios and sporting concepts to engage the pupils in a different way to their curriculum maths lessons. The sessions captured the imagination with exercises such as buying and selling players worth millions of pounds, collecting data from their own sporting performances to analyse, and working with time.

Surveys taken after revealed that, for our Year 6 group, 100% (20 out of 20) of the pupils said they enjoyed the sessions, while 92% (11 out of 12) of the children improved their test raw score, with the same figure saying they have felt more confident in maths since the sessions.

In Year 5, 55% had visibly improved their understanding (according to school maths teacher), and 88% of pupils felt more confident with maths after the sessions.

Alongside their maths work, the pupils were working to achieve the four Premier League values: Be Fair, Be Connected, Be Inspiring and Be Ambitious. The importance of which was emphasised throughout the 6-week programme.

A Year 6 pupil at Old Catton Junior School said after: “I like that we all took part and all contributed. It was also very fun. We also did working out on the board so we could all see what was going on.”

Gemma Wright, Mathematics Lead at the school said: “It was great to see children using maths in practical ways and being so enthusiastic about the subject.”

The teacher support programme allows teachers to work alongside Primary Stars coaches to develop their skills, confidence and knowledge surrounding curriculum PE delivery. This took place during normal curriculum PE lessons with a chance to observe and deliver with guidance. At Old Catton we worked with three teachers.

One of the three teachers, Miss Strange, gave us this feedback: “I’ve benefitted from the Primary Stars programme in many ways. I’m not afraid to say my PE knowledge is not that great.  Before you [CSF] came in with your support on tag rugby, for example, I only knew what a rugby ball was and that was about it.”

All three teachers on the programme said their P.E. knowledge had improved since the support.”

"Using Premier League Primary Stars to target pupils across our schools who lacked motivation in mathematics and English, but had an interest in sport, proved to be very successful. The enthusiasm generated definitely impacted positively on their progress." 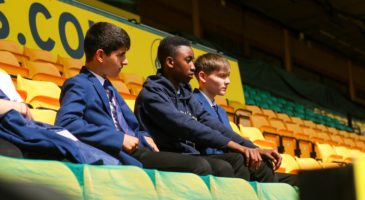 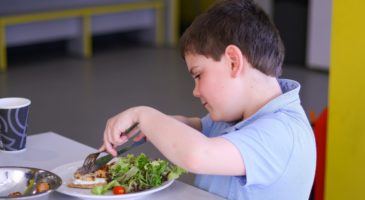 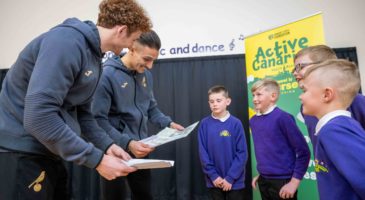 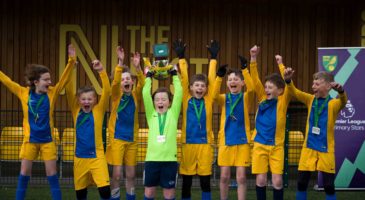