Looking back at the last twelve months

The Foundation launched the Kick Cancer programme, helping to support those living with or recovering from cancer.

Dussindale Primary School were victorious at the CSF Schools Cup while Timm Klose dropped in to an assembly at Falcon Junior School.

Norwich City fans welcomed participants from the Foundation’s disability programmes at Carrow Road, giving them a rousing reception on the pitch during the half time break.

Four life-long Canary fans and their families enjoyed a day to remember at Colney. The group watched the first team go through their paces on the training pitches before meeting the players who signed autographs, posed for photographs and gave away signed memorabilia. 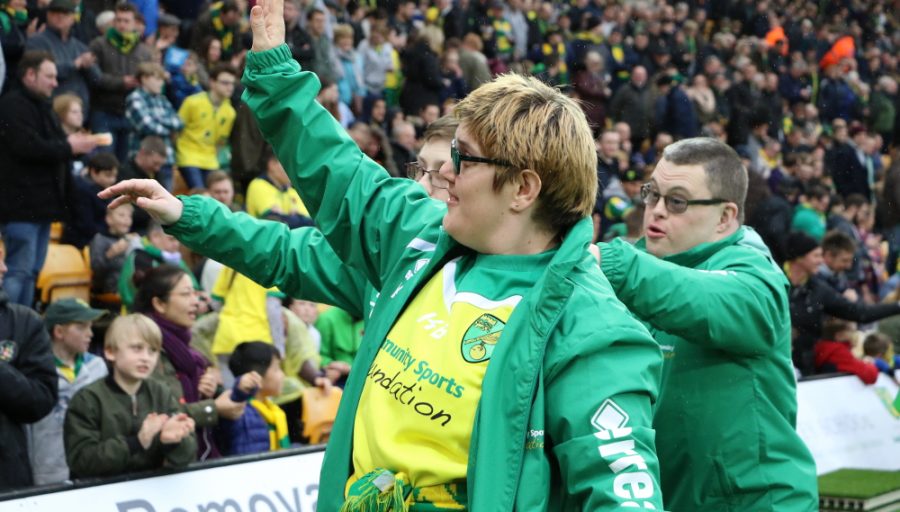 Looking back at the moments that shaped an incredible year

City midfielder James Maddison dropped in for a session with the Foundation at the Clare School, to mark the England Football League’s (EFL) Community Day of Action.

Blue Wilson and Kyra Robertson, from the CSF Girls’ Football Development Programme, made their football debut at international level while the CSF walking football team reached the regional semi finals of the FA Peoples Cup.

Ten families had the chance to share some quality time together and make some special memories at the inaugural Mini Coastal Challenge – over £1000 was raised.

Over 6,500 fans witnessed an action-packed affair, filled with goals, penalties and plenty of entertaining and memorable moments.

Our ‘Extra-Timers’ relived their school days by taking part in a sports day at Carrow Park. The group donned their PE kits to see if they still had what it takes to win the three-legged race and be the first over the finishing line!

Eighty nine walkers took to the North Norfolk Coast for the sixth annual Coastal Walk Challenge, raising a staggering £30,000 for the Foundation. 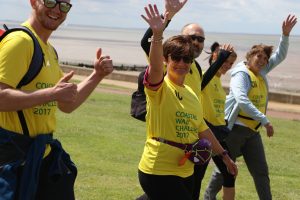 The Foundation unveiled plans for an exciting new facility on the site of a disused sports ground in Horsford.

‘The Nest’ project will benefit a range of groups and individuals locally, including participants on the Foundation’s programmes for disabled and disadvantaged people, grass roots football teams, and young people on the National Citizen Service (NCS) programme.

Thousands of people turned out to a sun drenched Easton and Otley College for the eighteenth Summer Cup, which saw over 200 local youth teams battle it out to be crowned champions.

Over 700 young people celebrated their achievements with the NCS programme at a number of graduation events.

Local teachers and school leaders had an exclusive opportunity to see the official Premier League trophy up close at a Premier League Primary Stars launch event at Carrow Road. 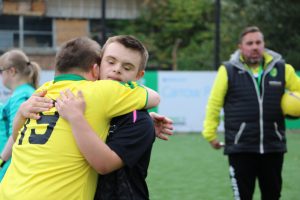 Our Down’s Syndrome (DS) football squad welcomed their counterparts from the Derby County Foundation for a set of fixtures at the Carrow Park Family FanZone and Adult Disability PDC player Owen Woodruff was selected to attend the Football Association’s (FA) Emerging Talent Camp.

The Foundation’s Walking Football and Adult Pan Disability squads headed to the capital to play their Arsenal counterparts and watch the Carabao Cup clash between the Canaries and Arsenal FC.

On the Buzzer, City! returned with a record 49 teams in attendance while a Wish Day welcomed 7 year old Callum Mickleburgh, who has a rare genetic disorder, to Carrow Road.

Norwich City unveiled plans for a special charity match against Inter Milan’s ‘Inter Forever’ side at Carrow Road in May to mark the 25th anniversary of City’s fondly remembered Uefa Cup run.

Canary stars paid heartwarming visits to three local hospitals including the James Paget and the N&N.

A number of disability participants and their families enjoyed a festive morning with first team players at Norwich City’s training ground. "Thank you to everyone who helped make this year so special." The programme, which is delivered online, offers guidance and advice to parents of primary school children, with an emphasis on how they can support their child’s learning.