15 years and counting for Emma

In recent months, several members of the Norwich City Community Sports Foundation team have been recognised as part of the Football Club and Foundation’s Long Service programme.

Leading the way this year is Fundraising and Events Manager Emma Fletcher, who has notched an impressive 15 years of service while holding a number of different roles.

Her time at the Foundation has included stints in the Customer Service team, the Girls’ & Women’s programme, and her current position as the driving force behind the Foundation’s Fundraising. 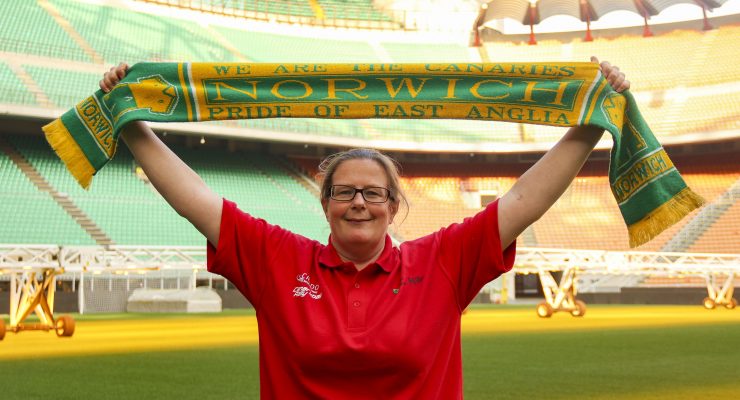 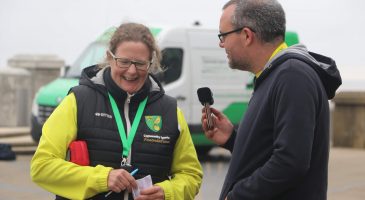 The Coastal Walk Challenge, a highlight of the Foundation’s fundraising calendar, has become the stuff of local legend, and Emma was one of the original six walkers that took on the daunting 47-mile challenge back in 2011.

Since then she has driven the event forward, regularly attracting around 100 entrants each year, and lists this as one of her proudest achievements at the Foundation alongside Jamie’s Game, a celebrity football match that took place at Carrow Road on five occasions.

A familiar face for all those who support the Foundation, Emma’s determination is a key part of her success, as Jackie Thornton, Head of Development explains:

“It has been a real pleasure to work with Emma over the years; her commitment and passion to help people is infectious.

“We are grateful for her loyalty to CSF and I’m sure many of our fundraisers would have not completed their challenges without her incredible support.

“During her service she has helped raise so much money for our programmes and the Nest, which in turn has supported thousands of people across Norfolk.”

“Emma’s contribution to the Foundation has been outstanding.

“Our role is to engage people and provide them with positive environments, experiences and challenges that help them achieve their goals and Em has certainly achieved this in our Girls’ Football Department in her early years and now leading the Fundraising team.

“We appreciate her skills, commitment and care.” 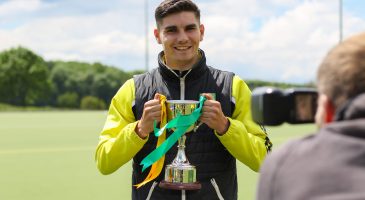 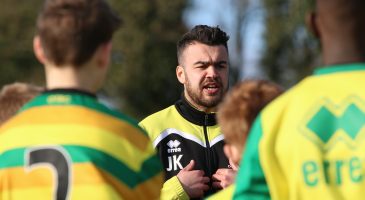 10 years under the belt for football trio

Three members of the Football department are celebrating a decade of service this year.

Jordan Southgate, Jordan King, and Lewis Plowman joined as youth training coaches in 2010 and have gone on to be key members of the football team.

As coaches they have received a broad education over the years, each showing versatility to deliver in different settings such as schools, disability sessions, and with promising young footballers, where they are now all currently involved.

Jordan King became the Football Development Manager for U13-U16 boys last year after moving over from the Education team. He is a member of Jordan Southgate’s first team squad at Wroxham FC.

Lewis Plowman had a spell with the Foundation’s Disability department, before moving over to Football and leading the Girls’ and Women’s programme. He has now moved into the role of Football Operations Manager. Lewis is a member of the coaching team at Gorleston FC in the same division as Wroxham.

Ian Thornton praised Jordan, Jordan, and Lewis for their time with CSF:

“All three have been involved with the Foundation and the Football Club from a very young age. They are excellent real life role models and their progression clearly shows we have an effective proven pathway in place for all local young people.

“Within their roles and responsibilities, they are making a big difference helping male and female players both on and off the pitch.

“This should give real encouragement to those starting out on, or looking to sign-up for, our current apprenticeship programme as it shows that there are real opportunities to progress with the Foundation if you have the right drive and qualities.”

“Jordan S has been a super member of staff for the Foundation, whose drive has led our football programme to the next level for all our boys and girls.”

“Coaching Jordan K at 14 and then working with him for the last 10 years has been an absolute pleasure and he is an integral part of our football programme.”

“Since his work experience Lewis has shown some great skills that have helped to improve our football delivery in the community. He continues to play a major role in the programme’s logistics.” 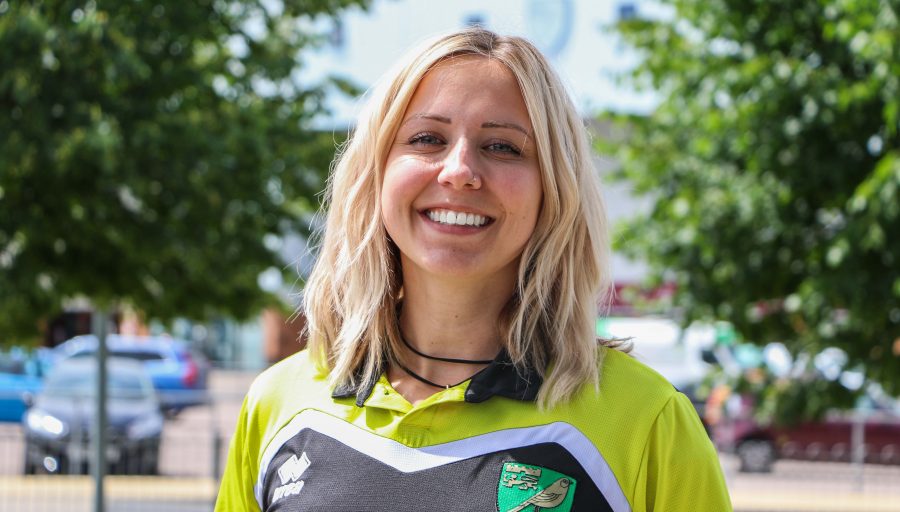 “I congratulate Jenna on reaching five years at the Foundation.

“During that time she has progressed to lead the National Citizen Service programme and team, helping to build the skills and prospects of young people in Norfolk.”

“Her work-ethic and sense of fun make her a valuable and popular member of our team.” “Graham joined the coaching team working across the schools and football departments before making the step into the Football & Education team full time.

“He has spent time within our East Norfolk, Shadow Squad and Football Learning Programmes and has built a great rapport with students, who recently “chipped in” to buy him a walking stick to acknowledge his old age!” “Jarv initially joined us as our Employability Coordinator as part of the Premier League Works funded programme, before progressing into his current Football & Education role.

“Ryan’s successes include managing the F&E “dream team” to a league winning double.” “Jake’s passion for always wanting to contribute to a high quality PE and School Sport curriculum has seen him develop his role from a full time community coach to being responsible for the PL Primary Stars programme.

“I’d like to congratulate him on five years with us full-time.” “Congratulations to Paul, who started off with the sizeable task of heading up the education at our Gorleston futsal programme, before moving across to Carrow Road.

“His biggest success has been supporting the likes of CSF staff member Logan Swallow to complete a level 3 qualification during his time on the F&E programme.” 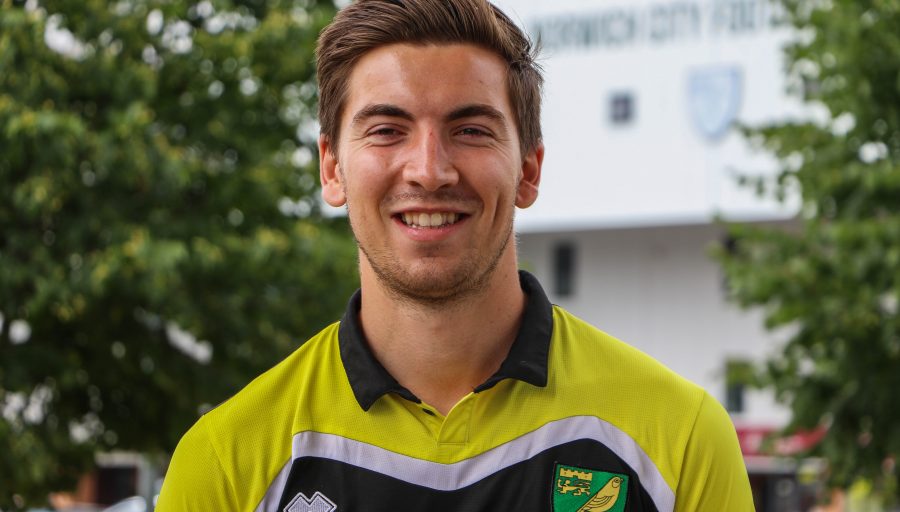 “Richard’s delivery has always been enthusiastic and engaging whether it be at an elite PDC session or delivering Netball to a class of 30 at a primary school. The fitness and social sessions take place on Wednesdays 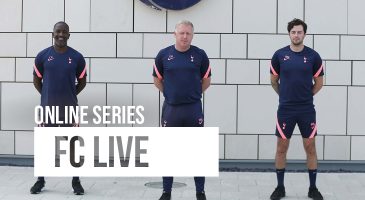 From controlling his anger to uncovering a passion for running, read how our Premier League Primary Stars programme has made a big difference to 10-year-old student David 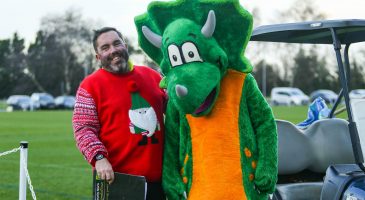