“He just needed that someone else to believe in him and tell him he’s good enough.”

The Foundation’s Realising Potential programme has helped re-ignite the spark in a teenager with autism – giving him back the confidence and self-belief he had unfortunately lost.

Fifteen-year-old Theo Lester, from Norwich, first came onto the programme’s radar when his mother spotted the newly launched initiative being advertised and got in touch.

Realising Potential, which is supported by Norfolk Hire, the Professional Footballers’ Association and our City Giving programme, offers a range of free support sessions to children and adults with physical or learning difficulties across 10-week blocks. 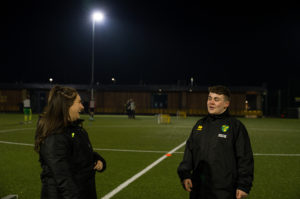 Based at The Nest, the charity’s facility in the north of Norwich, the programme includes a ‘youth club’, outdoor activity sessions and one-to-one support from our Realising Potential Officer, Ellie Dickinson.

For Theo’s mother Bree, the Realising Potential opportunity couldn’t have come at a better time.

She said, “He had lost a lot of confidence and had been showing signs of anxiety and depression. The pandemic and resulting lockdowns then made these issues even worse.”

He switched to home-schooling and had even quit playing football – which had been “his life”.

Bree and Theo’s father Steve were hopeful that attending Realising Potential would restore Theo’s confidence and get him back to being social and active once more.

Ellie Dickinson said, “Initially, Theo was very nervous. At our first ‘getting to know you’ session he was very shy, timid and would not leave Mum and Dad’s side.”

While the programme offered a number of opportunities across the week, he was adamant he only wanted to attend a single session.

As the weeks went by, though, Theo’s barriers began to fall. 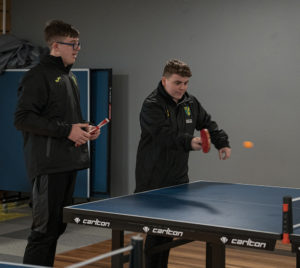 Ellie noticed a growth in both his confidence and happiness; in particular, he would look forward to playing the games with two of the other boys on the course.

His parents were able to drop him off and leave him with the group for the duration of the session.

With Theo’s confidence and love for football back, he expressed interest in the possibility of getting involved with the Foundation’s volunteer football coaching programme.

Theo also now has ambitions of getting a part-time job at The Nest’s café.

“The Nest was initially a place he did not want to be at – it caused him anxiety and stress, but now, thanks to the Realising Potential programme, he now has aspirations to join the team here at The Nest,” says Ellie.

“It’s amazing to see the transformation that Theo has gone through. I’m so proud of him.”

Bree said: “He just needed that someone else to believe in him and tell him he’s good enough. I’m so thankful to Ellie, and everyone at the Foundation for giving Theo the support he has received through Realising Potential.”

Even the sky is not the limit for Theo now.

As a thank you to Ellie for all the help and support he has received from her, he has set another big goal – to raise funds for the charity by completing a sponsored skydive on his 16th birthday.

If you’d like to support Realising Potential, you can do so through our monthly giving programme, City Giving.

"“He just needed that someone else to believe in him and tell him he’s good enough.”" 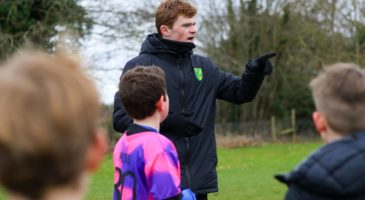 "It doesn't mean that you, as a person, are any less able or worthy" 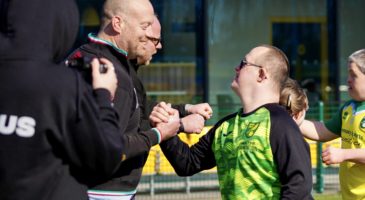 Fundraisers from next month's Canaryball Rally visited the Down's Syndrome team at The Nest ahead of next month's challenge. 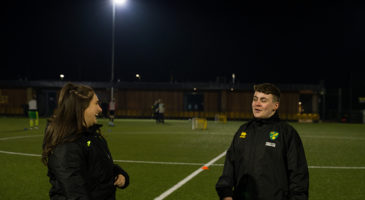 The Foundation’s Realising Potential programme has helped re-ignite the spark in a young boy with autism – giving him back the confidence and self-belief he had unfortunately lost. 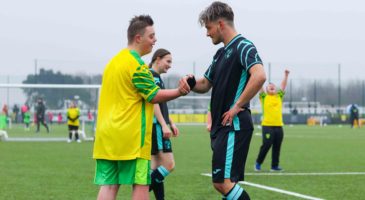