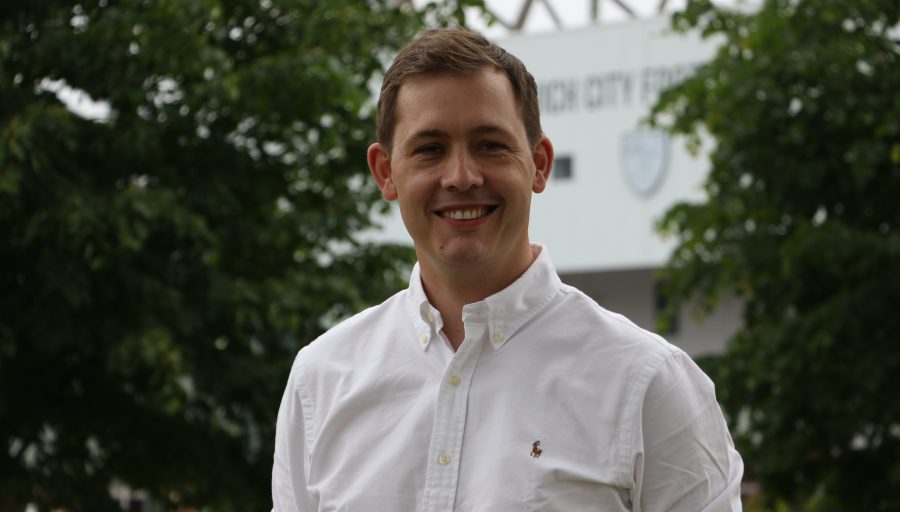 Lifelong Canary fan Thomas Smith, who joined the Board at Norwich City in 2016, watched his first Norwich match at the Old Den in 1989 having been taken to the game by his aunt and uncle, joint majority shareholders Delia Smith and Michael Wynn Jones.

Tom spent over a decade in the Civil Service in the UK and abroad, working in a variety of roles at the Ministry of Defence, the Cabinet Office and the Foreign and Commonwealth Office. After returning to the UK in late 2014, Tom left the public sector to start his own photographic business.

Tom has been a trustee of the Foundation since 2016, after taking part in the Coastal Walk Challenge. He is the lead trustee for equality, diversity & inclusion, as well as a Senior Safeguarding Officer at the Foundation.